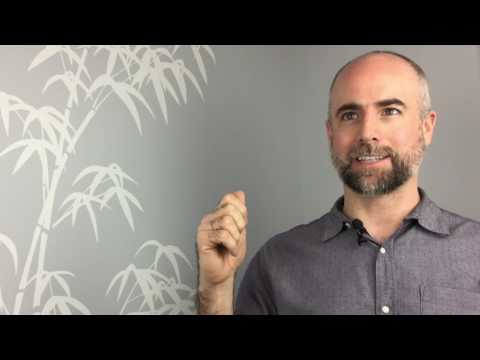 AcuTalks is back, with interview  featuring Acupuncturist Bryan Smith.

We first asked him what Acupuncture was from both a Western and Eastern perspective. – From a Western perspective, we look at different systems. We do functional MRIs. We look at what’s happening with the brain when we needle a point. And some really interesting things have emerged. You would expect if you touch somebody that their cerebral cortex where they measure sense would light up, but when you get something called “de qi” sensation which is a dull, achy sensation, the inner parts of the brain, the limbic system, these auto-regulatory centers light up.

Where a needle is being twirled, there’s really interesting research about fibroblast production where we have these baby cells of connective tissue that have these tails, and they can move around, and this has implications regarding healing and drawing blood to the area that has with it the cell food in the water. And the things that are needed for anti-inflammatories for healing to take place. From a Western perspective, we have to look at different systems. A lot of the research that’s being done in addition to the nervous system and the endocrine system which are auto-regulatory systems, we’re also looking at connective tissue and seeing that, you know, connective tissue runs in long chains and if you needle one end of it, it can have an effect on the other end of it. What is Acupuncture from a Western perspective? What we can say about it is that it’s influencing auto-regulatory systems. We don’t have all the answers as to the method of action of acupuncture from a Western perspective, but we do have a lot of efficacy studies that show that it works for a lot of different health concerns.

From an Eastern perspective, the way that acupuncture works is that we have this vital energy that’s flowing through rivers in our body from our hands and feet to our thorax and head. You know, we call these meridians, and we can access them using points on those channels called Acupoints. And so those rivers intersect with organ systems and all the organs kind of dance with each other, right, to this sort of harmony that makes the body run the way it’s supposed to. And some of those organs promote, create qi and blood and when signs and symptoms emerge in these different systems, the acupuncturist can trace it back to where there’s an imbalance and use the needles to correct that imbalance.

And so as long as the qi is in the right amount and flowing smoothly, health ensues. That’s the Chinese; we call that a mythopoetic vision. It’s a metaphor. It doesn’t mean that it’s not true. It’s just the way that they’ve imagined it and there’s much more to it.